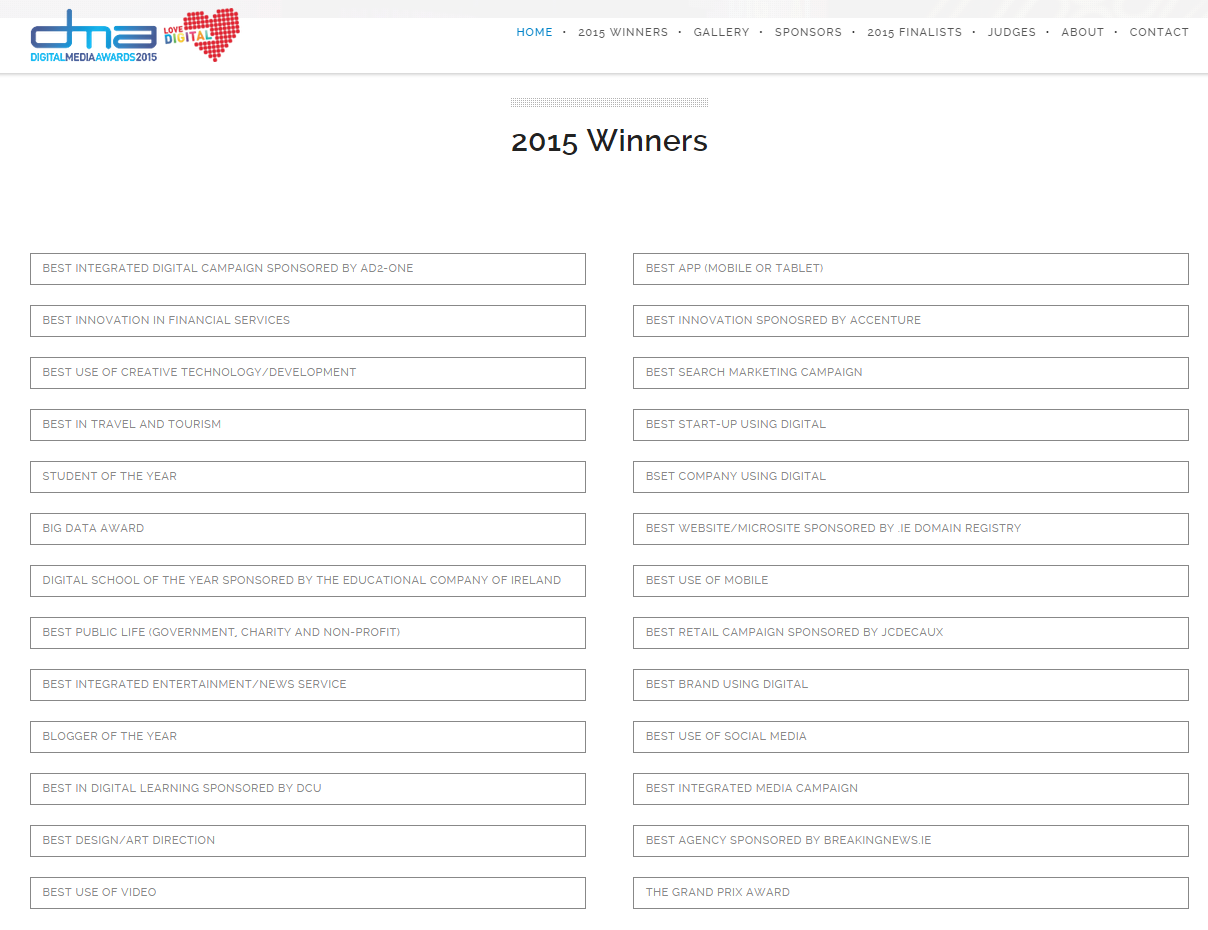 Ireland’s digital media awards 2015, took place on the evening of Friday 20th February at the DoubleTree by Hilton, Dublin. I was honored to be a part of the black tie event hosted by the very entertaining Oliver Callan, an award-winning comedy impressionist.

The DMAs is now into its 13th year and is the premier digital awards event in Ireland, showcasing the country’s rich digital media scene and talent.

As a judge of the ‘blogger of the year’ and ‘best innovation’ categories, I played particularly close attention to the winners, YouTube blogger Melanie Murpy and the Tinder Sex Trafficking Awareness Campaign, created by the agency eightytwenty. The best agency award was picked up by www.wolfgangdigital.com. You can find out about the rest of the winners here. 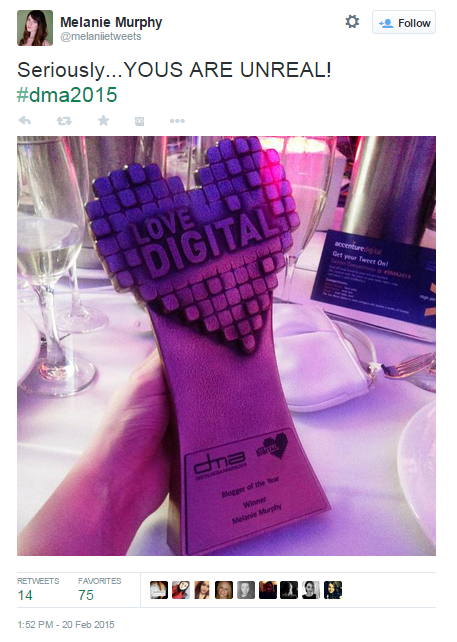 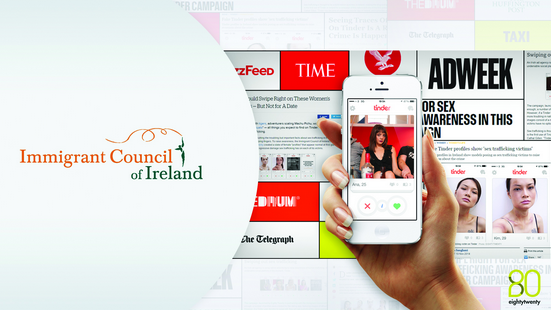 The event was organised by the ashville media team, who organise a number of annual corporate and consumer shows in Ireland. Hats off to them for putting on a fantastic event!

Going by the winners of the DMAs and the talent in the room, and with the likes of Google already situated in Dublin; it looks like Ireland and its digital scene are on the up and up.