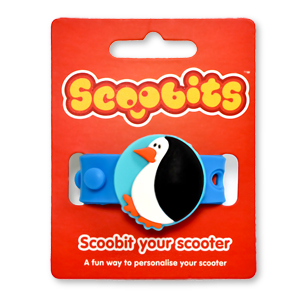 Scoobits ( http://www.scoobits.com ) are a fun range of colourful characters that children can strap to their scooter or ride-on, one on top of another, making them their own. Scoobits personalise scooters, helping them to stand out from the crowd on the school run.

The idea was developed by working mum, Clare Reid. With three boys of her own, she found herself becoming increasingly frustrated with not being able to identify her sons’ scooters from the playground heap. Clare’s simple idea was to create a personalisation toy to fix around the pole of the scooter… and Scoobits were born!

Scoobits were a start-up business and brand new to the toy market in late July 2011. As with all new businesses, budgets were extremely tight, leaving little room for manoeuvre. Conversation online surrounding the brand was virtually zero. The Scoobits team, although very enthusiastic and passionate around their brand, were time poor and had no prior experience of building an online community, particularly across platforms such as Twitter and Facebook.

Our challenge was to build online brand awareness of Scoobits, drive buzz around the concept of accessorising your children’s scooter or ride-on, and ultimately increase online sales.

Populate Digital was appointed by Scoobits on a retainer basis at the start of August 2011, for a five month period.

Two core audiences for Scoobits were identified: the mummy/parent audience, and the children end-users, ideally the 6-8 years age group who tend to be the most avid ‘collectors’. However, reaching children directly via PR is a challenge, particularly owing to stringent marketing guidelines for this age group. We therefore advised that the most sensible approach would be to develop the Scoobits website as a hub of fresh, interactive content for children, which they are directed to via creative online PR approaches targeted initially at their parents.

At campaign kick-off, we undertook a bespoke media audit to identify priority online media targets for Scoobits, as well as high authority blogs and tweeters, who we should be reaching out to. The audit took into account all of Scoobits’ brand territories such as Micro Scooters and ride-ons, collectables, outdoor toys, and health and fitness for children.

The campaign strategy focused primarily on developing a blogger outreach plan, focused on mummy, parenting and toy blogs initially. Armed with a supply of Scoobits samples, we made personalised contact with influential bloggers who we had identified in the media audit phase, and engaged in deeper conversation with those who expressed interest in reviewing the product. We sought to build a relationship with them, enlisting them as unofficial brand ambassadors, and working with them on coverage and comment opportunities.

Additionally, with social networks such as Facebook and Twitter becoming ever more important as customer service channels, we recommended establishing Scoobits profiles across these platforms in particular. We managed the set-up of each social profile for Scoobits, and developed a bespoke editorial strategy for each one. On a day-to-day basis we undertook the running of Scoobits’ Facebook and Twitter profile, ensuring that conversation was kept fresh and engaging, and make sure customer questions and feedback were responded to quickly.

A monthly editorial content plan was created, for Facebook and Twitter. The purpose of this was to forward-plan conversation streams and content for the Scoobits social platforms. Each calendar month was updated with marketing materials, initiatives and any other relevant information Scoobits had in the pipeline. This would ensure Scoobits had a constant stream of news, images and video to be sharing with its fast-growing online community.

Had budget been no object, we were extremely keen to help Scoobits make its first foray into blogging. The mummy blogger community is a thriving space online, across the UK and US, and an owned blog would enable Scoobits to engage at a much deeper level with the online parenting audience. Furthermore, once properly established, it would have provided us with a platform to speak about the business, Clare’s ‘mumpreneur’ story, and tie-ups with its chosen charity Right to Play International.

We therefore initiated the following activities on the Scoobits Facebook page: 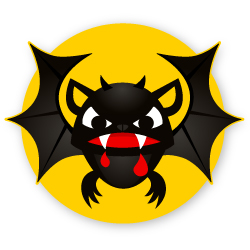 Choose your next Scoobit – Scoobits needed a way of engaging its flourishing and quickly expanding Facebook group. We recommended that Scoobits use Facebook to crowdsource its next possible Scoobit scooter characters. A new potential Scoobit image was added to the page daily over a three week period, asking the Facebook users for comment on the new character. This Facebook campaign was also supported by a Social Media News Release, blogger outreach and Twitter engagement.

Design your own Scoobit – this created an opportunity to engage with Scoobits end-user audience, inviting children to design their own Scoobit character and send it in. The best designs we shared on the Facebook page, and founder, Clare, commented on those that she particularly wanted to develop.

By 21 December 2011, all online stock of Scoobits had completely sold out. While not all of this can be directly attributed to our PR efforts, we’d like to think that it went a long way to achieving that!

An average of 50 new users to the Scoobits Facebook page each month. (Of target denographic)

Guardian, pick of the week.

Across the UK, coverage in eight local newspapers.

11 pieces of coverage in total

Toy News – coverage in a feature on playground crazes, and a separate feature on ride-ons.

Appeared on the set for nine episodes of the CBBC show, Friday Download.

Managed all press materials for attendance at the Toy Fair 2012, including setting-up and undertaking interviews to camera.

An average of nine pieces of coverage per month.

“Many thanks for all your hard work for Scoobits over the last half a year. It was great working with [Populate Digital] and you raised our profile massively.”

For more information about working with Populate Digital, please contact: