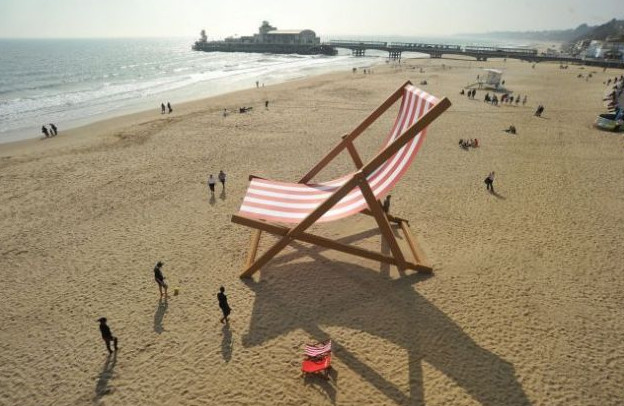 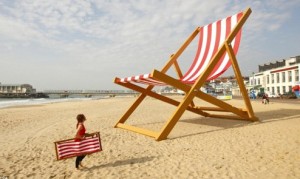 As a Bournemouth resident, and a frequent visitor to its golden sands, I thought I’d point you in the direction of the Pimm’s commissioned giant deck chair on Bournemouth beach, to mark the start of British Summer Time.

It’s supposedly taller than a double-decker bus and weighing more than an adult elephant, according to its creator Stuart Murdoch.

Mr Murdoch said: ‘It has been fantastic to see people on the beach pointing at the chair and having their photo taken with it.

‘Deckchairs are so quintessentially British – everyone who has seen it has smiled and it’s great to watch people drawn to it like a magnet.’

I’ll be visiting it over the weekend!