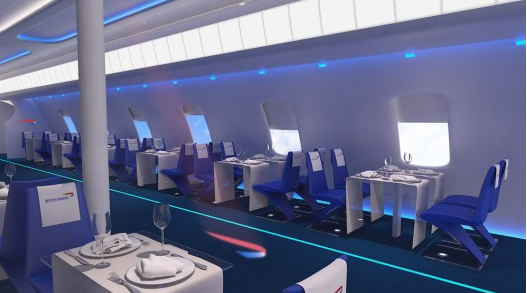 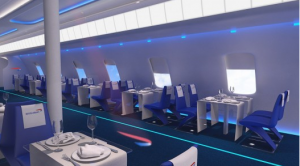 Looking like the inside of an aircraft, British Airways are running a pop-up restaurant in Shoreditch, London. Involved in the project are chef Simon Hulstone preparing a menu overseen by Heston Blumenthal. Prices are £50.00 per head and can be booked via British Airways Facebook.

The pop-up restaurant is running along side the Hulstone and Blumenthal special menu that will be available on first-class BA flights during the Olympic months, to celebrate its status as the official London 2012 Olympic airline.  The same menu will be served at the pop-up.

As you might imagine the seats are limited. Tickets go on sale on Monday March 19. Flight BA2012 runs from April 4 to April 17 only.