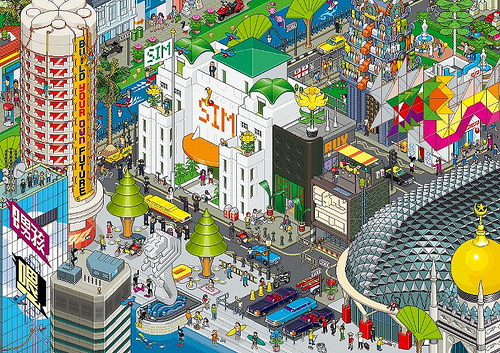 Ten years ago, when working as a news reporter for ZDNet, I helped to coordinate a high profile editorial campaign investigating the dangers of internet chatrooms for children. Working closely with the Home Office, the police force and child protection charities, our findings were deeply disturbing. We discovered that children were no more than a couple of clicks away from potentially harmful and sexually explicit content, and furthermore, found explicit evidence of children being ‘groomed’ online. All of our findings were well documented, featured within ITN’s Tonight programme, and are still available to read in the ZDNet archive.

Today we jump to 2012, and according to reports, a new Channel 4 investigation being aired this evening at 7pm has uncovered shocking lapses in the moderation of thriving teen virtual world Habbo (formerly called Habbo Hotel). Since I helped to set-up the UK version of Habbo Hotel, and was brought in as the company’s online safety and privacy expert back in 2002, the news has of course captured my interest…and surprise.

According to a sneak preview on the Channel 4 website, the two-month Channel 4 investigation found Habbo to be “full of pornographic sexual chat”, despite the site being aimed at teenagers. I also know from first-hand experience that a lot of younger children use the site too.

Channel 4 News producer Rachel Seifert, who headed up the investigation, said: “The chat was very sexual, perverse, violent, pornographic, overtly sexual acts, people saying they were going to do things to others, and it was very graphic. Within two minutes I was being asked individually ‘do you have a webcam?’, ‘can we chat on (instant messenger service) MSN, on Skype?’ I was also within a couple of minutes asked to strip, fully naked, and asked what would I do on a webcam.”

Rachel played the game 50 times and on each occasion had similar experiences. Channel 4 broadcaster, Paraic O’Brien, who was also involved in the investigation, has already commented across Twitter today that Habbo is a “dangerous place for children”.

What has struck me already is the similarity that this bears with my own ZDNet investigation back in 2001. Has really so little changed? Back in 2001, the internet was facing a shakeup with a flurry of internet paedophile cases hitting the courts, and the Home Office was being placed under increased pressure to make ‘internet grooming’ illegal. Since then, the Sexual Offences Act 2003 has made it an offence for anybody 18+ to befriend a person younger than 16 and then meet or intend to meet that young person anywhere in the world with the intention of sexually abusing them.

Paul LaFontaine, CEO of Habbo, has already hit back with a statement which he has shared via Twitter today. Within it he claims: “To keep users safe, we filter content and block inappropriate users. We also employ more than 225 moderators, tracking some 70 million lines of conversation globally every day on a 24/7 basis.”

When I worked at Habbo we relied heavily on volunteer moderators to police the site, combined with a sophisticated keyword moderation tool and staff moderators. Of course back in 2003, user numbers were lower, but safety and privacy of users was certainly a top priority for parent company Sulake. It seems a lot might have changed since then.

As a further twist within the story, according to The Kernel, Sulake’s second-largest investor, Balterton Capital, is to return its 13 per cent stake in Habbo at zero value and resign from the company’s board in an attempt to distance itself from the scandal. LaFontaine has commented on The Kernel website that he “was sorry to hear of Balderton’s decision to withdraw its involvement, but my priority right now is to address the issues raised by the investigation. Since hearing about the report I have asked my team to tighten security across the site and to strengthen the user rules.”

Habbo is undoubtedly in deep water, and I will of course be tuning in at 7pm for the full broadcast. According to Sulake, Habbo boasts 268 million registered users and 9 million unique visitors per month. It is available in 11 languages and claims customers in over 150 countries.

I will be keenly watching to see how the story onfolds….