Facebook has launched its own virtual currency just in time for Christmas. They’re called Facebook Credits, and can be purchased from high street stockists such as Tesco and Game.

Facebook Credits are a virtual currency that you can use to purchase virtual goods within games and applications on the Facebook platform.

The credits can initially be used on the Facebook website, and in the future they will be accepted by third-party websites via the Facebook Connect service, which allows users to register on external websites with only their Facebook ID.

In the US, Target was the first retailer to sell the currency. Best Buy and Walmart followed late last month, and from 16 November Facebook Credits will also be available in three more US chains: Safeway, GameStop and RadioShack. 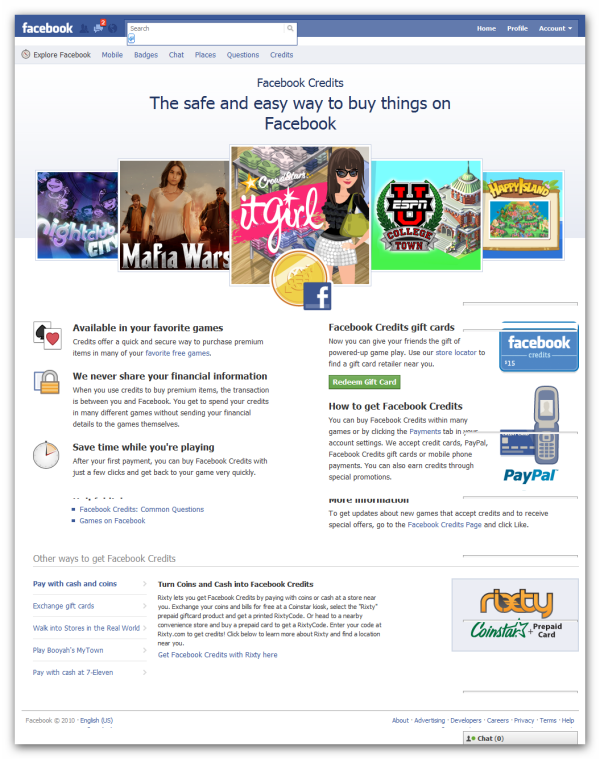