Tim Burton is one of my favourite film directors of all time, so it was a pleasant surprise when I spotted his new Twitter initiative called Tim Burton’s Exquisite Corpse (Exquisite Corpse is a technique used to collectively tell a story).

Here is how to get involved: 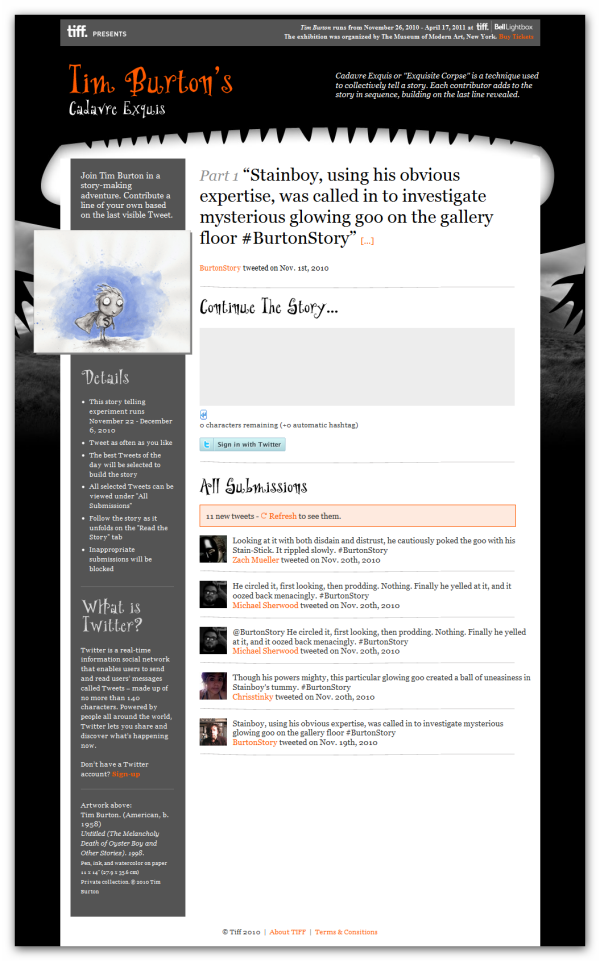